Basics abilities have no cool down and are available once you have unlocked a character.

Heroes passive abilities are moves that are constantly active, these passives can also be triggered by various interaction in battle. For example Zombie's passive is if he were to be defeated in battle he has a 30% chance to revive himself for 30% of his health and clear 1 stack of Revive, this passive is constantly active. Another example which would be something more of a "reactive passive" could be Captain Redbeard's passive ability, "Whenever another PIRATE hero takes damage, Redbeard has a 20% chance to counter against the attacking foe".

Ultimate moves are the rarest form of abilities. They are not easy to get admittedly however, once you have a character that can use their Ultimate Move it can potentially change the tide of battle. Ultimate Moves are unlocked at Gear 6, which is the final Gear level for a character.

Ultimates Moves have a cooldown at the start of the battle and can get affected by Clumsy and Disarmed.

The following moves are the ultimate abilities for respected characters:

Yeti: You Scream for Ice Cream 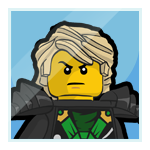 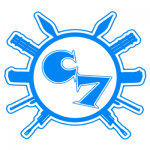